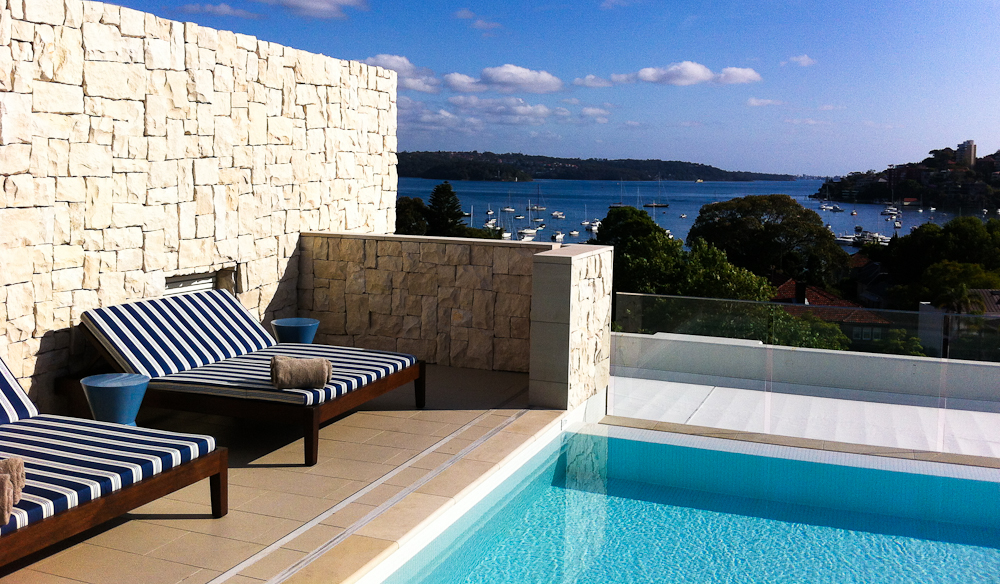 Meet in Sydney - the City on the Harbour, City of the Bridge and the Opera House.
Sydney is Australia's largest, oldest and most cosmopolitan city with an enviable reputation as one of the world's most beautiful and liveable cities. Brimming with history, nature, culture, art, fashion, cuisine, design, it is set next to miles of ocean coastline. The city's reputation is as one of the most culturally and ethnically diverse cities in the world.
Accommodation: InterContinental Hotel Double bay, 5* for 4 nights

Welcome dinner at the hotel 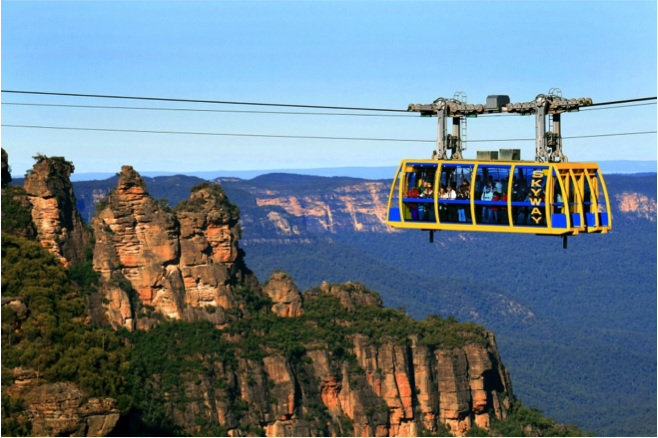 Day tour to the Blue Mountains

We'll explore the spectacular World Heritage Listed Blue Mountains with their truly breath-taking scenery, where you will enjoy panoramic views from the cliff tops and vistas that dot the region in the wilderness. In Featherdale Wildlife Park – we'll get as close as possible to the wildlife.

And we'll ride the Scenic World Skyway – the world's steepest sky rail, hanging in the air above the deep valley of the Blue Mountains.
Dinner will be with the locals in the kosher restaurant on famous Bondi Beach. 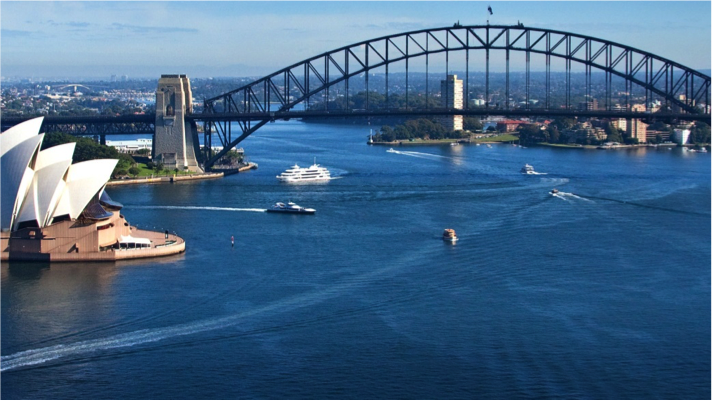 Sydney
A full day to explore the city of Sydney, which we'll start by climbing one of its icons – Sydney Bridge – an exhilarating not-to be missed experience!!!

We'll walk down the Royal Gardens, along the esplanade to the famous Opera House and onto the Harbour itself.

For a better view and more interesting way "home" we'll take the ferry back to our hotel in time to prepare for Shabbat.

Friday dinner at the hotel

Morning services are at the nearby shul, followed by lunch at the hotel. 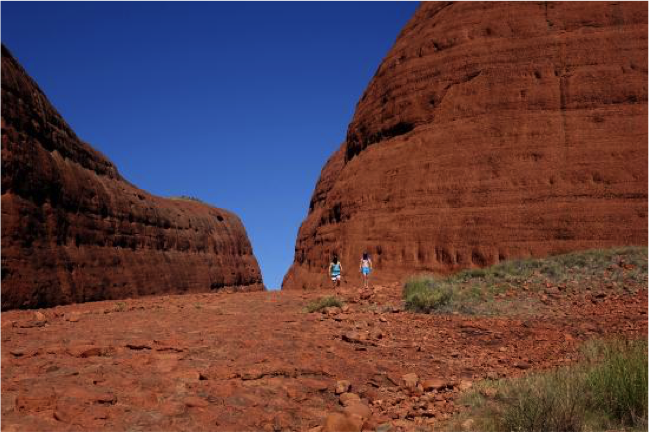 Our Morning flight brings us to the Ayers Rock, the Red Centre

Ayers Rock is one of the most impressive landmarks in Australia. A huge chunk of sandstone and a 'true' monolith, it resides in Uluru-Kata Tjuta National Park. The Ayers Rock is sacred to the Aboriginal People and is believed to have been formed by ancestral beings during Dreamtime.
We will be met by our charter bus at the airport and tour the Uluru, walk the Mala walk and Mutitjulu waterhole.
We learn about the flora and fauna of the region and about the Aboriginal culture here.

After the 3 hour tour in the Red Centre, we continue to the Voyages resort – for the magical 'Sounds of Silence' experience – dining under the stars with nothing but the beautiful expanse of desert and majestic Uluru for kilometers around . We have our own venue under the stars for a delicious BBQ.
From the venue we are able to overlook the Uluru and as the sun sets and darkness falls to the sound of a didgeridoo, dinner begins under the sounds of silence, under the desert skies. After dinner, we will be treated to Aboriginal traditional dance, followed by a star gazing guide in the exceptionally clear skies.
Accommodation: Voyages Ayers Rock, Sails in the Desert 5* 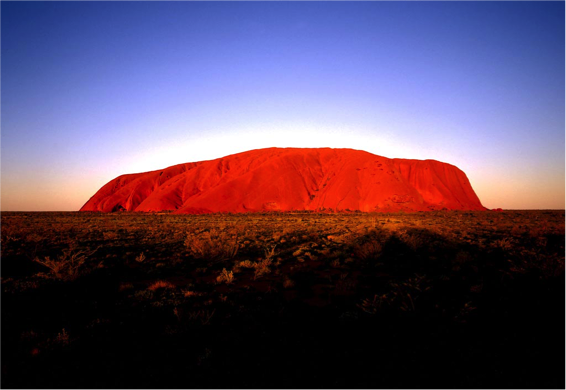 We'll be up before the crack of dawn for our tour today. We depart the resort 0445 ☺

Davening and Breakfast on our return

We'll travel to the mystical 36 domes of Kata Tjuta, stop at a lookout for panoramic views of the southern side of Kata Tjuta as the sun rises.

Then to Walpa Gorge to spend time exploring the gorge and the unusual conglomerate rock formations.

We will fly back to Sydney for an overnight in order to continue with our adventure.

Accommodation: One and only Hayman Island resort

We'll sail across to Whitehaven Beach and one of the bays for an amazing snorkeling experience on an 85 foot Catamaran. Lunch on the beach.

There will also be opportunities for a flight over the reef. 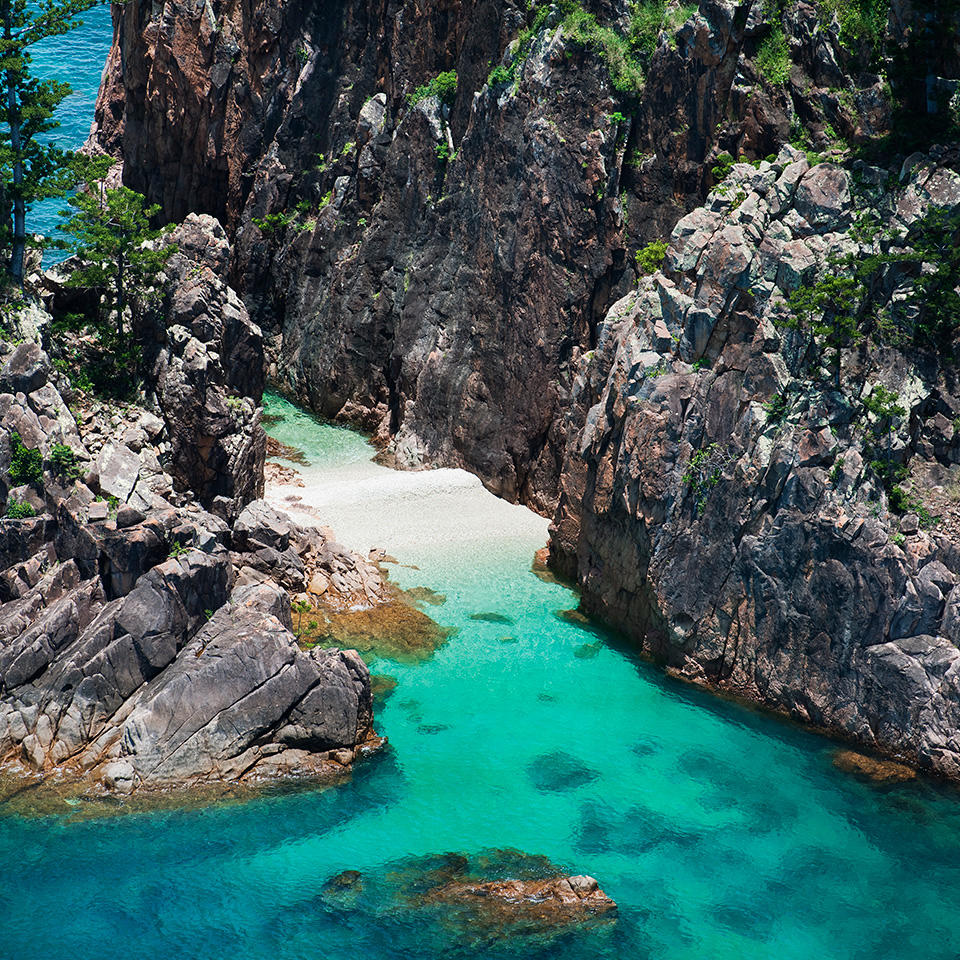 Hayman Island
There will be a private guided island walk that the resort will prepare just for our group.

Today is an opportunity to explore the island on your own pace and choose activities of your preference, as: Golf, Spa, Kayaking, water ski, scenic flight, yoga/pilates, wine appreciation and cooking class and more.

Our dinner will be served in the formal garden.

We'll join the morning service at East Melbourne Shul, followed by lunch at the hotel.
This afternoon join our guide on a walk through exciting hidden lanes and alleyways and discover the explorers, architects, visionaries and interesting characters that shaped Melbourne. Visit historic buildings dating from the gold-rush, enjoy Federation Square, Parliament House and the Treasury building and marvel at Melbourne's street art and art museums.
Mincha at shul, followed by Seuda shlishit at the hotel, and an evening out in town. 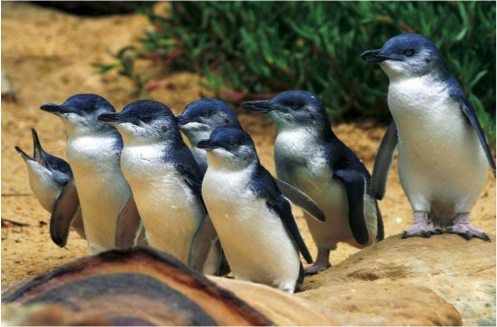 Melbourne
A day to explore Melbourne, including the vibrant Victoria Market, the Jewish Museum of Australia to learn about the interesting history of Jews in Australia and the current state of Australia Jewry, St Kilda, the Royal Botanic Garden on the south bank of the Yarra River, the Shrine, Melbourne's lanes and arcades, and more.
After an afternoon break at the hotel, we will make our journey to the famous Phillip Island to watch the penguin parade, from a special viewing platform. 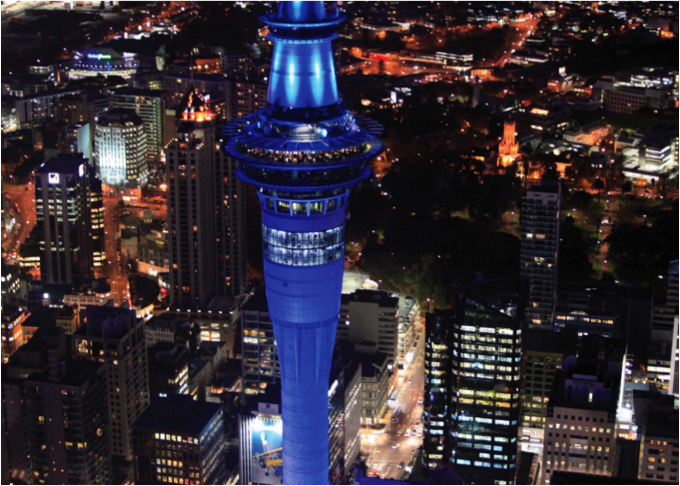 Melbourne – Auckland, NZ
Welcome to Auckland, New Zealand's largest, busiest and most diverse city. Home to almost one third of the country's population, and the business centre of the nation, it's not surprising this vibrant metropolis is often mistaken for the country's capital.

Our local guide will greet us at the airport and take us through the best of Auckland's sightseeing, including an observation from the Sky Tower 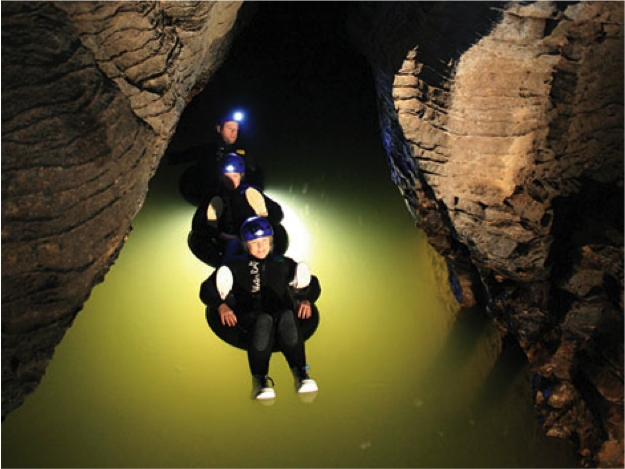 We leave Auckland behind and travel south to the underworld of Waitomo caves or a subterranean adventure of climbing, black water tubing, leaping, through the Ruakuri Cave.
Over three hours you'll take leaps of faith over cascading waterfalls and float serenely down an underground river as you enjoy the glow worm show on the vaulted limestone galleries up above.
Your journey concludes when you emerge into the sunlight of the Waitomo forest.
This is such fun. From here – travel to Rotorua, and after dinner – immerse yourself for relaxation at the outdoor Polynesian spa overlooking lake Rotorua. Maori massage available and should be booked in advance (details will be provided)

Accommodation: Millennium Rotorua, the only hotel (4*) that will meet our kosher requirements 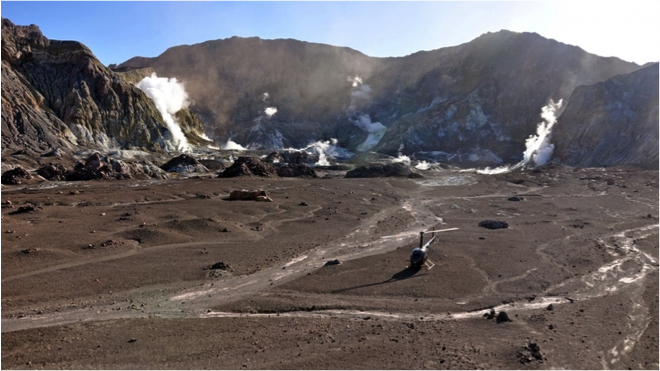 Famed for its geothermal activity and its Maori history and culture – today we take a glimpse of all these unique features.

Our day starts with a scenic flight above Mt Tarawera volcanic mountain and onto the volcanic White Island; on landing, a guided tour and a special Maori encounter.

Situated 50 kilometers offshore, this permanently active island volcano constantly emits a cloud of steam and periodically erupts to a greater extent expelling volcanic ash several thousand meters into the atmosphere. The main vent is below sea level protected by the crater walls and is responsible for the activity in the islands crater lake and volcanic vents (fumeroles) . The island once mined for sulphur has a colorful past and remnants of mining ruins remain today. White Island is surrounded by waters rich in fish life and the area is a renowned fishery for Yellow tail Kingfish and in the summer months game fish and Dolphins abound. On the Island there are several Gannet colonies and the remnants of a once thriving Pohutakawa Forest. Visiting the island is a lifetime experience not to be missed! On our return to Rotorua we visit a living Maori village, Whakarewarewa, and enjoy a guided tour through the village, followed a Maori cultural experience. 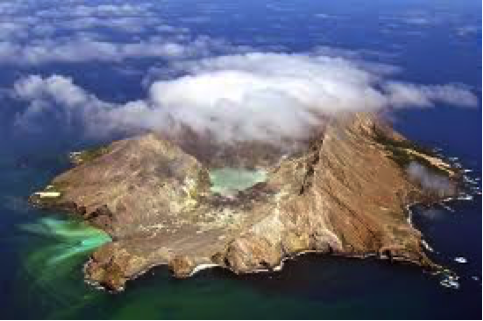 It would be hard to find a destination more picturesque than fabulous Queenstown. On the edge of majestic Lake Wakatipu, and cradled beneath the breathtaking mountain range known as The Remarkables, you will discover an adventure playground teeming with opportunities for fun, adventure and relaxation.
We have an amazing program here which we'd like to keep as a surprise!!! 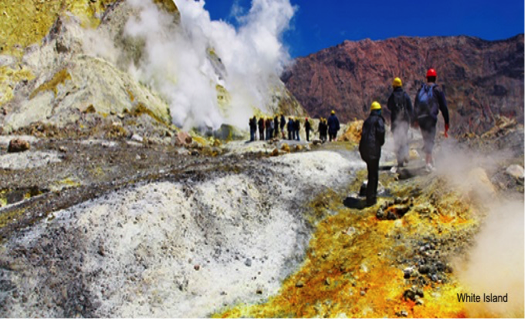 After a relaxed breakfast, we venture out to the magnificent mountains surrounding Queenstown with a heli-hike adventure.

We fly above the glaciers, land on one of the mountains, enjoy a short walk, and, weather permitting, we plan an outdoor lunch.....

After davening and breakfast, we'll take a leisurely walk down Frankton walkway along the lakeside, to town. Saturday market, street performances, Botanic Gardens, and more are all there for us to see.

We'll fly towards and over the majestic Milford Sound in the Fiordland N.P, the largest of the Park in New Zealand, followed by a cruise on the remote, untouched, silent, Doubtful Sound. This is a magically customized day for our group. 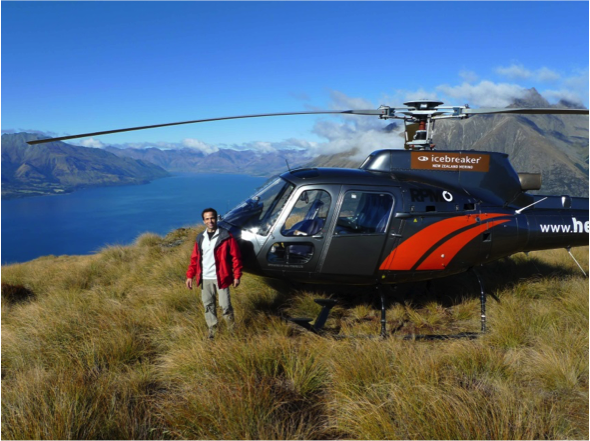 Queenstown Our final day with a choice: EITHER to visit some of the lovely towns around Queenstown OR to indulge that once-in-a-lifetime adrenalin rush extreme sport that you've always promised yourself: Sky dive, paragliding, bungy, Spa, Fly-board, and more.

Later on – we'll take the skyline gondola to Bob's Peak and enjoy a ride on the Luge.