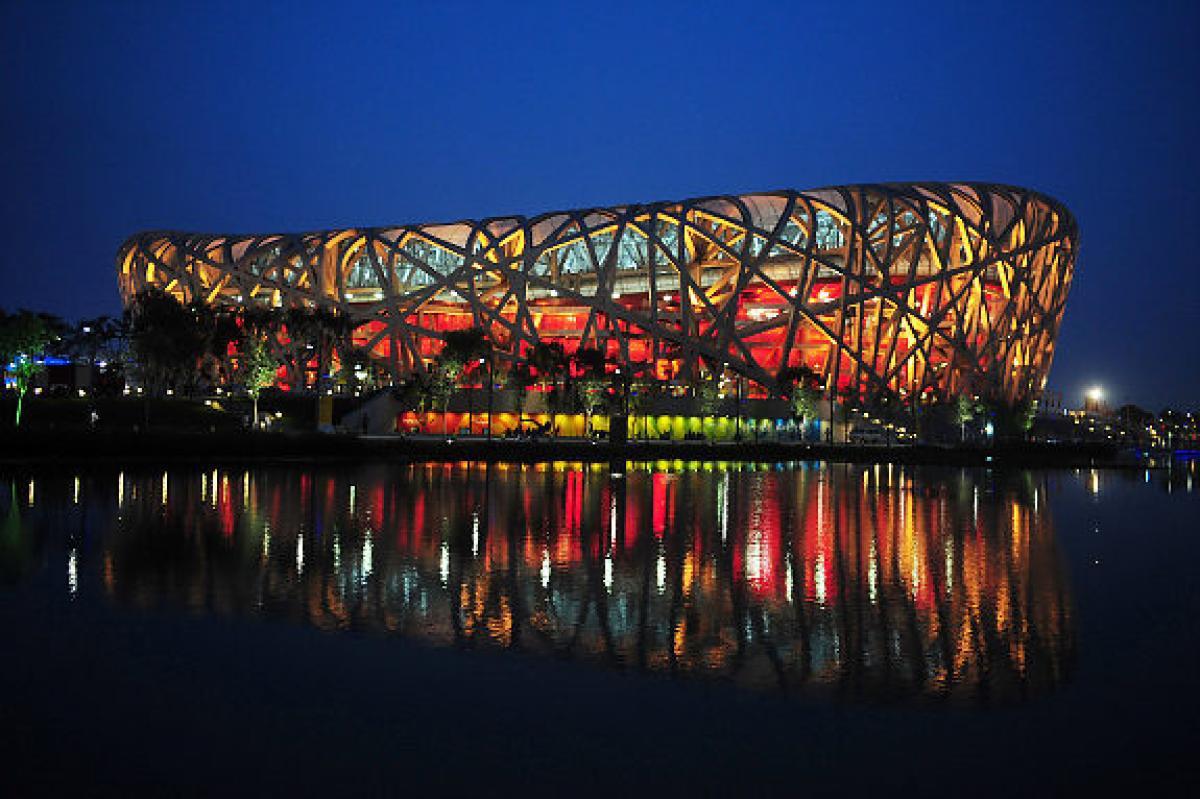 Whatever time you land, we'll be there to meet you at Beijing's very impressive international airport. PLEASE - just make sure you have a visa: EVERYONE visiting China requires one.

Officially, we start the tour with dinner, but if you come earlier we'll look after you!!
From the airport we'll take you to the 5* Grand Millennium Beijing, our first state-of- the art hotel ..... to rest, relax and enjoy the facilities.

This is one of the city's finest hotels located in the heart of Beijing's business district. We will be here for 4 amazing nights!!

After dinner, we'll head out to see one of the spectacular Kung Fu shows that China is famous for, performed by Shaolin Monks who developed this ancient martial art as part of their monastic lives. 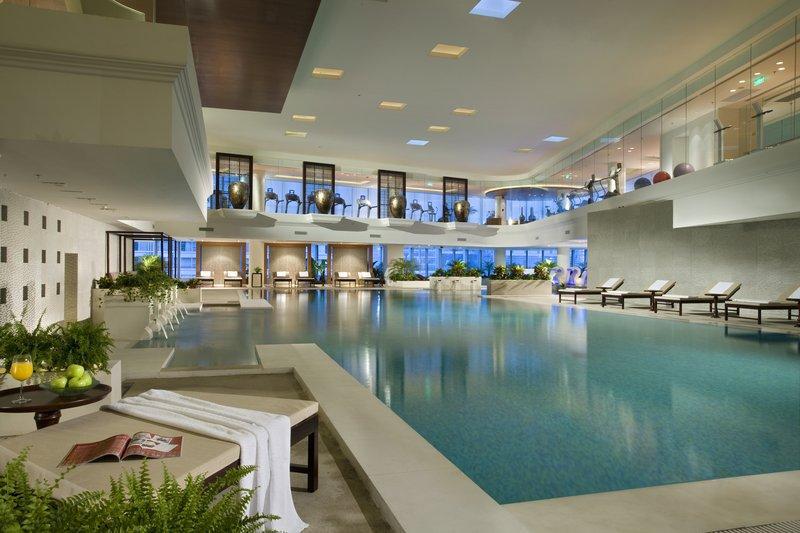 The Temple of Heaven is a magnificent complex that was used by Chinese Emperors for prayer for good harvests, and its gardens are used today as a large, outdoor community center for the (mainly senior) residents of Beijing.
Here we'll be able to join in with them as they dance, exercise, or do Tai-Chi.

The Great Wall of China is the largest construction project ever undertaken by man-- measuring over 6,000 kilometers. Large sections of the wall were built over 2500 years ago.
For hundreds of years, according to security needs arising from political conflicts in different ages, some sections of the Great Wall of China were added and strengthened while other sections were neglected.
We'll return in time to prepare for Shabbat in China's capital city. 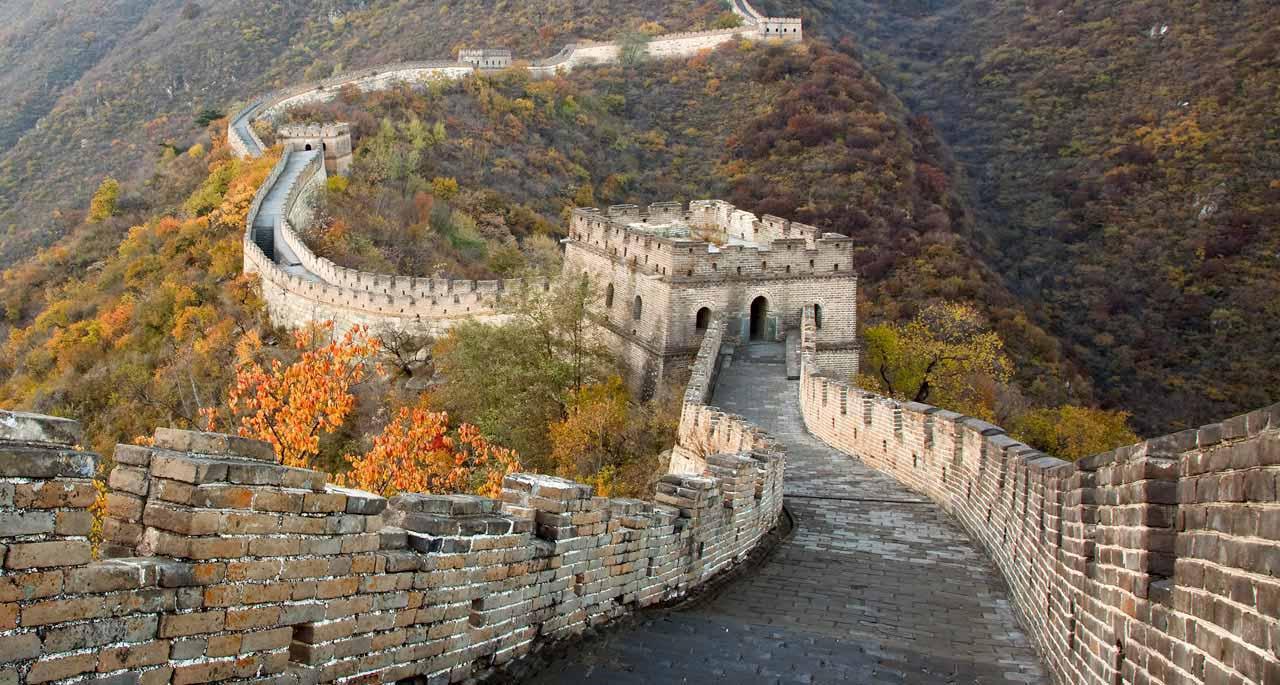 Shabbat on our tours is always special. In this incredible city we will have the benefit of being able to relax, stroll in the area and have some quiet time - something we could all do with in the frantic world in which we live.

Early Davening and Breakfast (Seuda II) will be followed by a menu of Shabbat friendly activities. Late lunch will be seuda III.

Havdala is at 18.51 after which we'll have time to go out on the town. We'll check out the night market on Wangfujing in downtown Beijing, where the delights are, well... unusual and definitely not kosher. 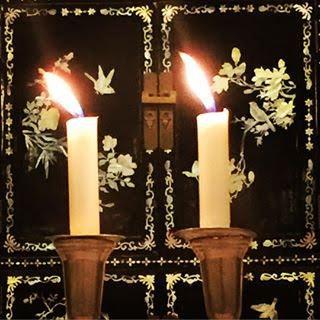 Today we start the day with a visit to the very heart of Beijing – Tiananmen Square and the Forbidden City. Built in the 16th century, as the palace of China's Ming Dynasty Emperors, it's an impressive example of traditional Chinese architecture. We'll traverse the entire length of the Forbidden City, as we view the many splendid palaces and vast courtyards.

Used as the set for the film "The Last Emperor", it was indeed forbidden to the Chinese masses until the onset of the revolution at the beginning of the 20th century.

The Summer Palace of the Chinese emperors is located in a vast park that the Chinese Emperors accessed via boat from the Forbidden City. This is where they spent their summers to get away from the sweltering heat of the city.

We'll end the day at the Golden Mask Show, another Chinese spectacular with music, dance, unbelievable choreography and special effects. Dinner is at Dini's Kosher Restaurant!! 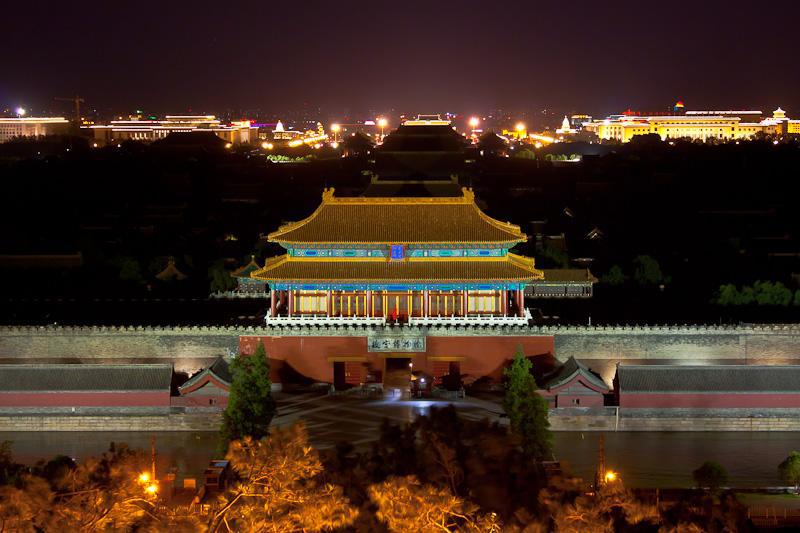 This morning we'll enjoy a rickshaw ride as we visit a local residence of one of the Beijingren in one of the Hutongs, the old suburbs of Beijing which still remain from the time of the previous regime. Then we make a huge technological jump.....

Is it a plane? Is it a train? We'll fly down the tracks this afternoon as we take the bullet train for the close to 1000 km ride from Beijing to Xi'an. A pre-packed lunch will be served on board the train.
As we have an evening arrival, we'll proceed directly to our hotel (5* DLX Shangri-La Xi'an), enjoy dinner and retire to our rooms. 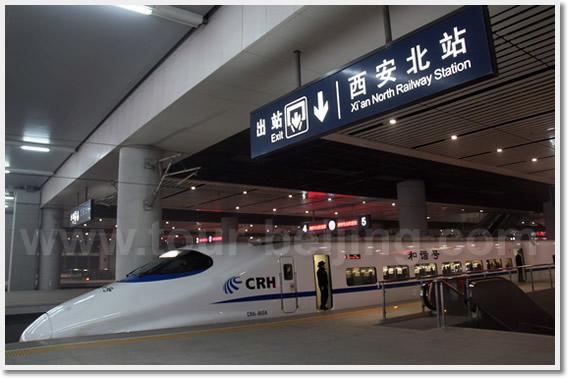 This morning we'll visit one of the man-made wonders of the world: the immense Terra Cotta Army that the great Emperor Qin Xi Huang Di prepared for himself for his "eternal life." We'll view the mountains at the foot of which lie the Hua Qin Springs, which became famous as the place where Chiang Kai-shek was captured - and from where he escaped. In the afternoon we'll wander through the Muslim Quarter and visit the Great Mosque of Xi'an, built on the same plans as the ancient synagogue of Kaifeng!

After dinner, we'll go out to see the Tang Dynasty Show - a magical journey through the ancient and prosperous Tang Dynasty in Chang'an, (currently known as Xi'an) at the heart of the Shaanxi province.

The story is told through acting, dance and singing and is accompanied by a live traditional orchestra.

This morning we'll explore the Great Goose Pagoda. From its lofty perch, one can see how the city of Xi'an was designed in matrix format, a system that was later to be copied by many others.

We'll then proceed to climb the immense walls of Xi'an's Old City and take a bicycle tour along its 14km circumference. (3 times longer than the walls of Lucca: a quick plug for our flagship tour of Tuscany!!)
After lunch we fly (by plane) to China's City of the Future – Shanghai where we'll be staying at the 5* Grand Millennium Shanghai Hongqiao. 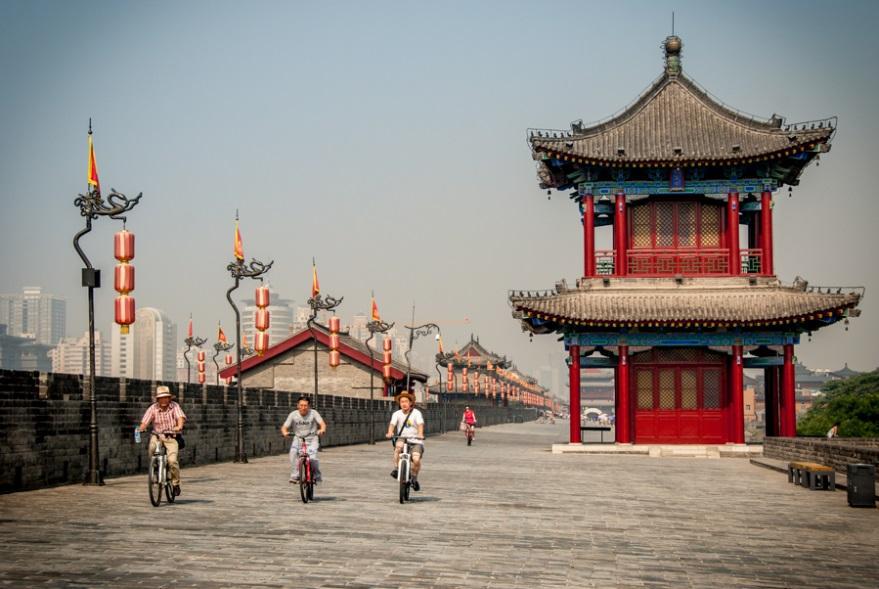 Today we'll leave the megalopolis to spend the day in Suzhou, a town built on rivers – a veritable "Venice of the East." Here we'll visit the Humble Administrator's garden to learn about this beautiful design concept. On to Marco Polo's bridge and also some sailing along the town's canals where we might be serenaded by the women sailors. We'll view parts of china's Grand Canal, one of Mao's famous national projects, and wander through the Pingjiang Historic Quarter.

Shanghai has had a very long Jewish history which we'll explore this morning together with Dvir Bar Gal, a longtime resident of the city and one of the world's foremost experts on the subject. We'll visit the former Jewish ghetto and the Ohel Moshe synagogue, as well as the Jewish Refugees Museum located alongside it. Afterwards we'll stroll along the Bund, Shanghai's famous riverside boardwalk, from where we'll be able to see some of the magnificent, original and very, very tall architecture that has made this city so famous. Shanghai strives to be the largest and tallest city in the world by the year 2020 (I wonder if they'll make it...). Then we'll head back to the hotel to prepare for Shabbat, which we'll enjoy together with the local Jewish community. 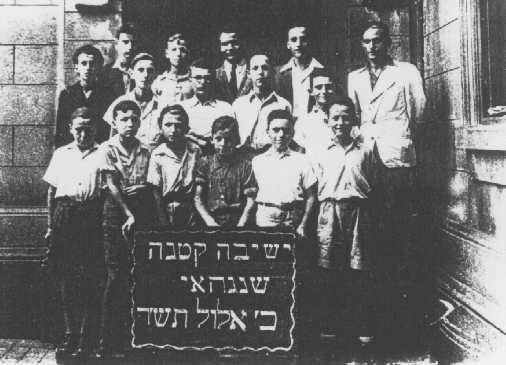 As was the case last week, we'll have a relaxed Shabbat to calm down and rejuvenate ourselves for the remainder of the trip. On Motza'ei Shabbat we'll take a relaxing cruise down the Huangpu River and delight in Shanghai by Night. 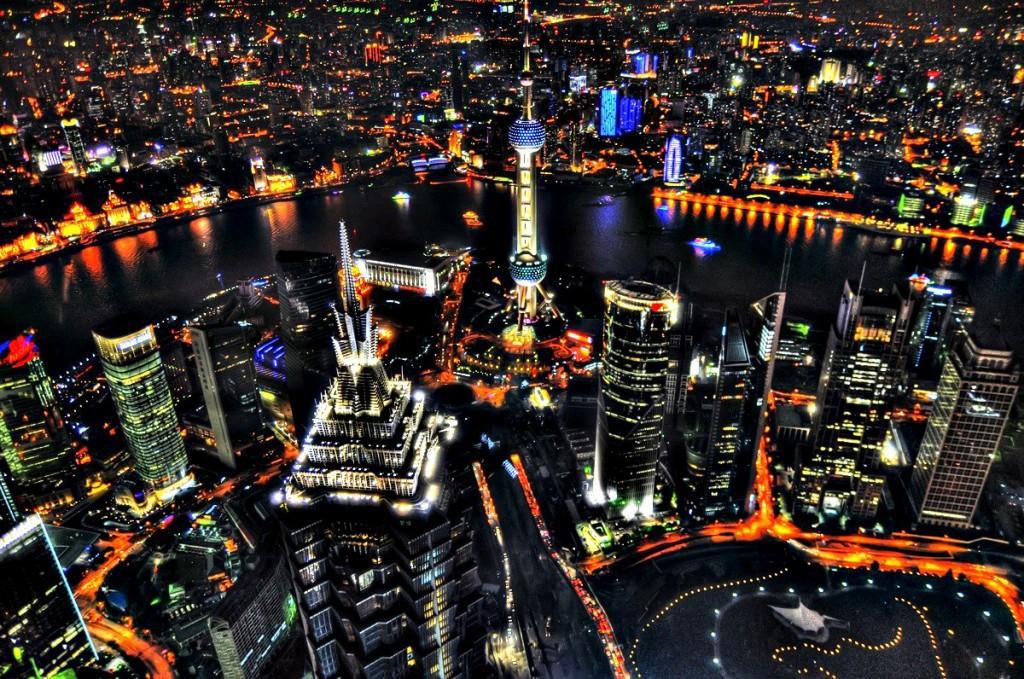 Did you know that Shanghai has a Chinatown? Strange... but true. We'll find out all about Chinese tea and why it has such an important place in Chinese culture and medicine. We'll visit Yuan Garden, and ancient Chinese Garden in the middle of Chinatown, and then cross the river to the total opposite: Pudong – Shanghai's futuristic flip side. This area was swampland a mere 20 years ago, and now... well, we'll have to see for ourselves. Finally, a stroll down Nanjing Road, Shanghai's Fifth Avenue – a visit to this city would be lacking without it.
Tonight we'll go out to see another show for which China is most famous – Chinese Acrobatics! 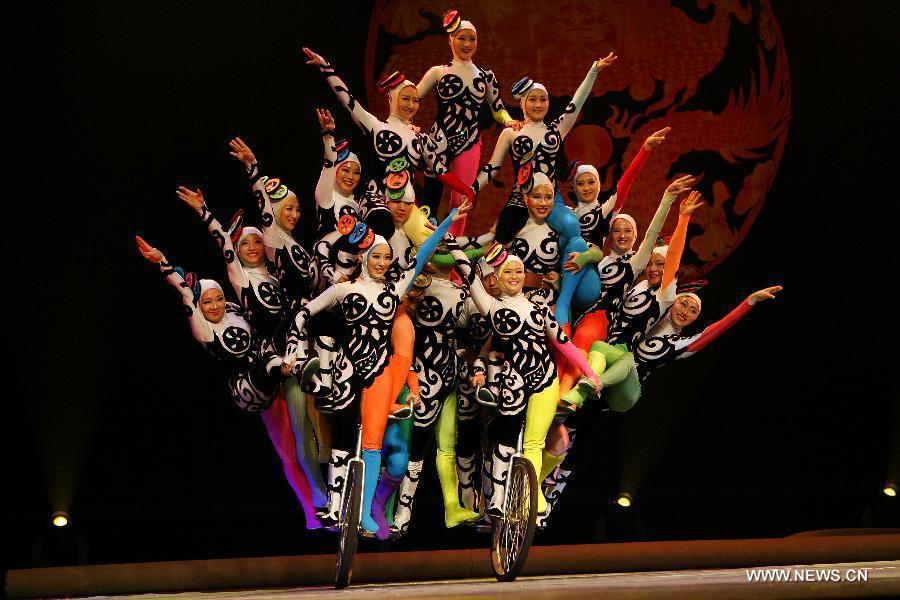 We have a very early departure today (sorry – but it's worth it!!) as we fly almost all the way across China, from Shanghai on China's Pacific Coast to Yunan Province in the foothills of the Himalaya in Western China.
Why? To see some of the places of greatest beauty in the whole of China!!
Lijiang's Old City is a UNESCO World Heritage Site, and a place locked in time. The town has a history going back more than 1,000 years and was once a confluence for trade along the "Old Tea Horse Caravan Trail". The Dayan Old town is famous for its orderly system of waterways and bridges, a system fast becoming but a memory as the underground water table drops, probably due to over-building in the suburban areas. Upon arrival we'll transfer to the hotel (5* DLX InterContinental Lijiang Ancient Town Resort) for check-in and lunch, and then head out to visit one of the primary sources of the Yangtze River (the one Mao swam across), Tiger leaping Gorge, where we'll have some time to hike in the area, and Black Dragon Pool, before making our way to the hotel for dinner. 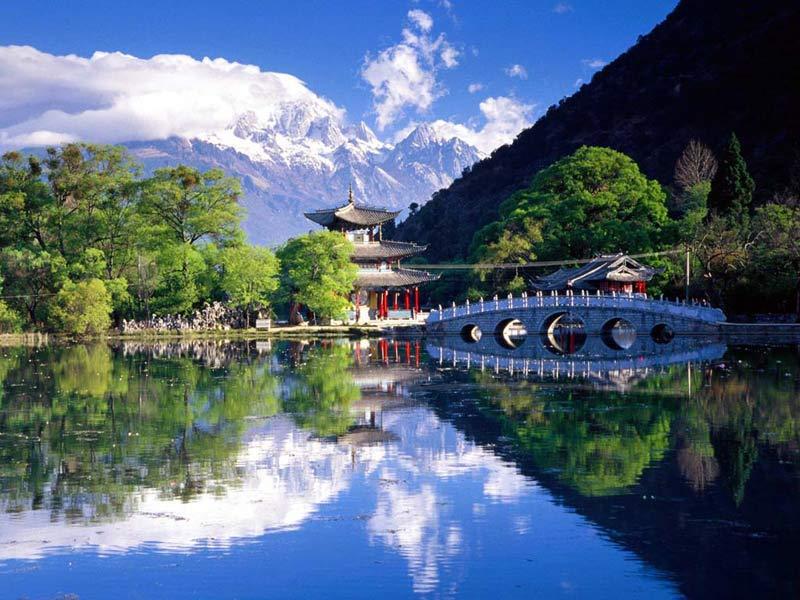 Our final full day in China brings us to some of China's many colorful minority ethnic groups. We'll visit Jade Dragon Snow Mountain, a glacier-topped massif that dominates the entire region. We'll take the cable car to Yunshanping, which means the place for lovers that die for their love, which is located at a lofty 4,506 meters above sea level (14,783 feet)--so be ready for the cold and for the altitude. When we return we'll take a bike ride in Bai Sha Old Town, before settling in to enjoy our last show on the trip, the Lijiang Impressions, a cultural show demonstrating the traditions and lifestyles of Naxi, Yi and Bai minorities in Lijiang area.

The show is directed by Zhang Yimou, renowned in the West for his film "Crouching Tiger, Hidden Dragon" this multi-million dollar production has a cast of hundreds and is performed outside with Jade Dragon Snow Mountain as its natural backdrop. Our final Gala Dinner will be back at the hotel. 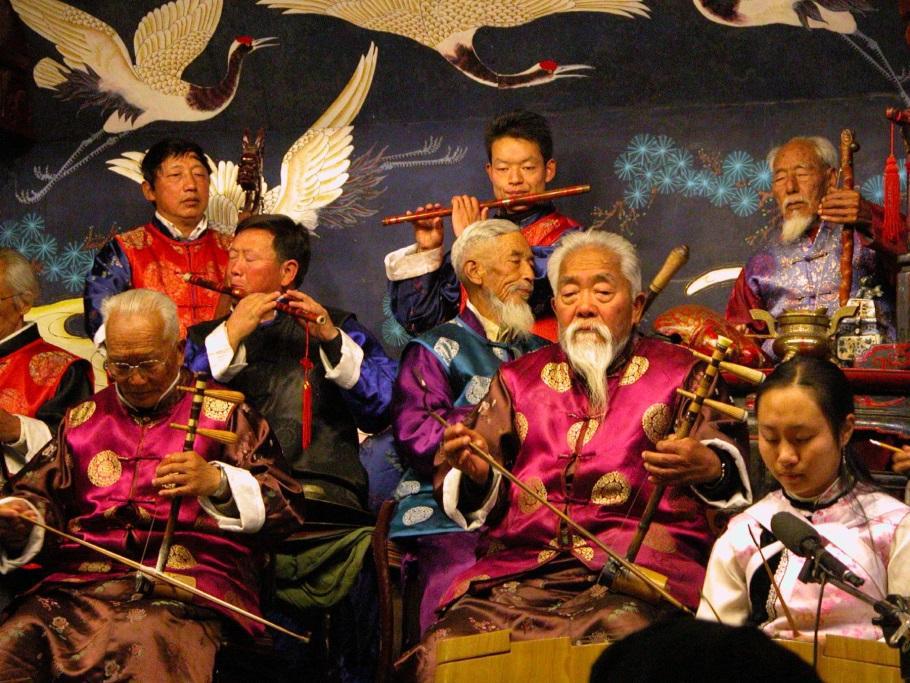